Flutter is a great framework for developing cross-platform applications, enabling developers to implement expressive and beautifully-designed user interfaces. A lot of developers may find that they only need to deal with working at the framework level where all of their code is written in Dart. However, things become more complicated when applications need to make use of native platform APIs (e.g. bluetooth) or platform-specific libraries/SDKs (e.g AppAuth). In the event that a plugin hasn't been published by another member in the community, the solution is to start creating a plugin ourselves. There are a lot of articles on Flutter but they tend to focus on areas that are more on the framework level (e.g. state management, animations etc). Having written a few plugins myself (see here), I thought I'd share some advice and learnings. This is by no means an exhaustive list but should help collect some of the various resources I have made use of in a more centralised location

Hopefully, these collection of tips and links would be of use to other developers. Whilst I have had some exposure with each platform due to my experience with Xamarin, writing plugins for Flutter has provided me with a good opportunity to learn more about each platform, pick up new programming languages and learn more Flutter itself. Flutter's plugin ecosystem is still growing and by writing plugins you can help contribute to its growth and to the community.

Enter your email
Subscribe
This post is aimed at capturing thoughts I have had on how to approach organising UI code for a Flutter application. With some other frameworks, the UI may be written through another syntax such as through markup language. However, toolkits like Flutter have developers  write "UI as code". Here the 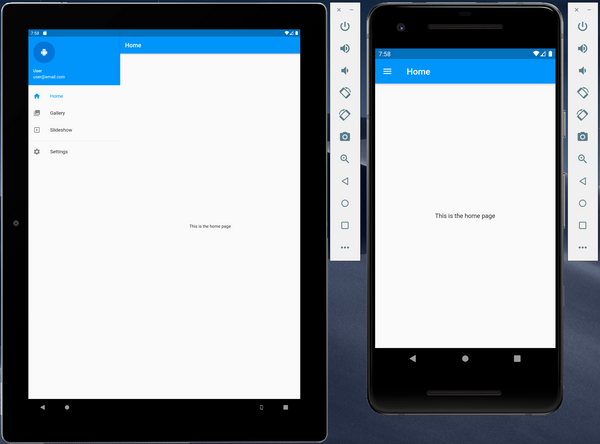 The navigation drawer is one of the most common ways to provide a user with access to various destinations with an application. As Flutter can now be used to target other platforms...
As you may have noticed upon trying to visit this site, I've now changed the domain to dexterx.dev and updated the name of the site as well. Apologies if you were affected by the downtime.  I've tried to add redirects from the old domain but suggest updating your bookmarks